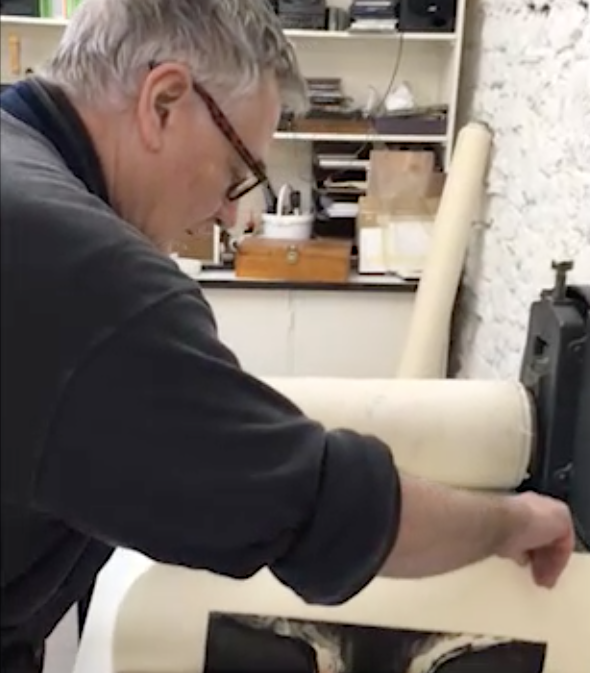 The preliminary drawings for this series of etchings were borrowed from a group of four late paintings by Rees Roberts’s father, Peter Rees Roberts (d.1998), which were found in the attic of the family home a few years ago. These paintings were different to anything else his father had ever done – the colours were garish, the drawing clumsy, and the imagery was both savage and sad.

Although Rees Roberts has used only one image from his father’s paintings (the three boys adrift in a boat), he wanted to keep the same sense of disquiet.  In the etchings, the dual images don’t sit happily and the link between them is tenuous.  There are hints of both Spain and the British countryside; the empty birdcage always sat on a table next to his mother’s bed.