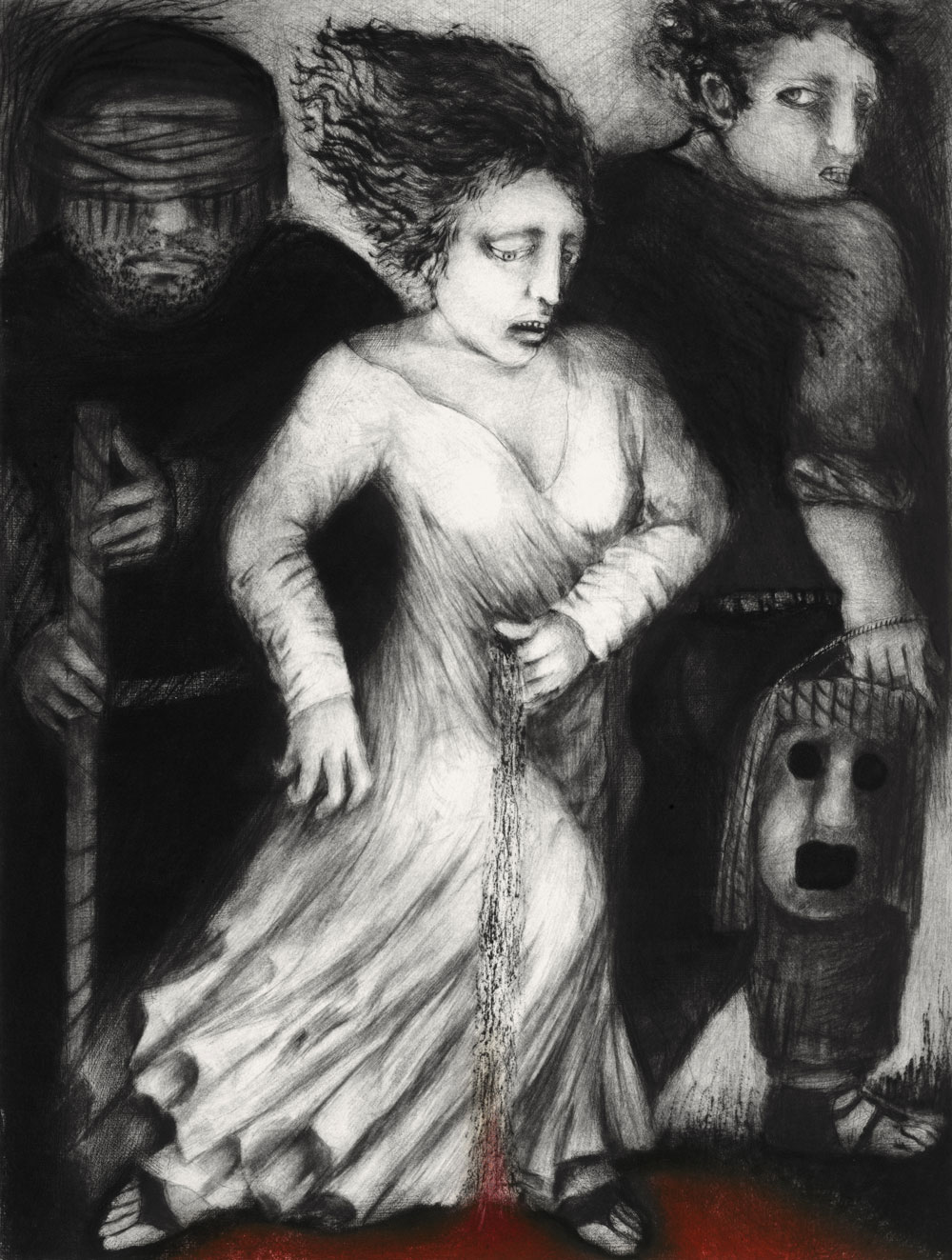 Burial depicts one of the major female figures of Greek myth – Antigone. Daughter and sister of Oedipus, Antigone buries the corpse of her brother, Polyneices, in defiance of her Uncle Creon, the King of Thebes. The image shows a wild-haired, wild-eyed Antigone releasing the forbidden burial earth from her hand; behind her, Oedipus, blood from his self-inflicted blinding streaming down his face, and Creon, his mask now fallen, creeping away in defeat. 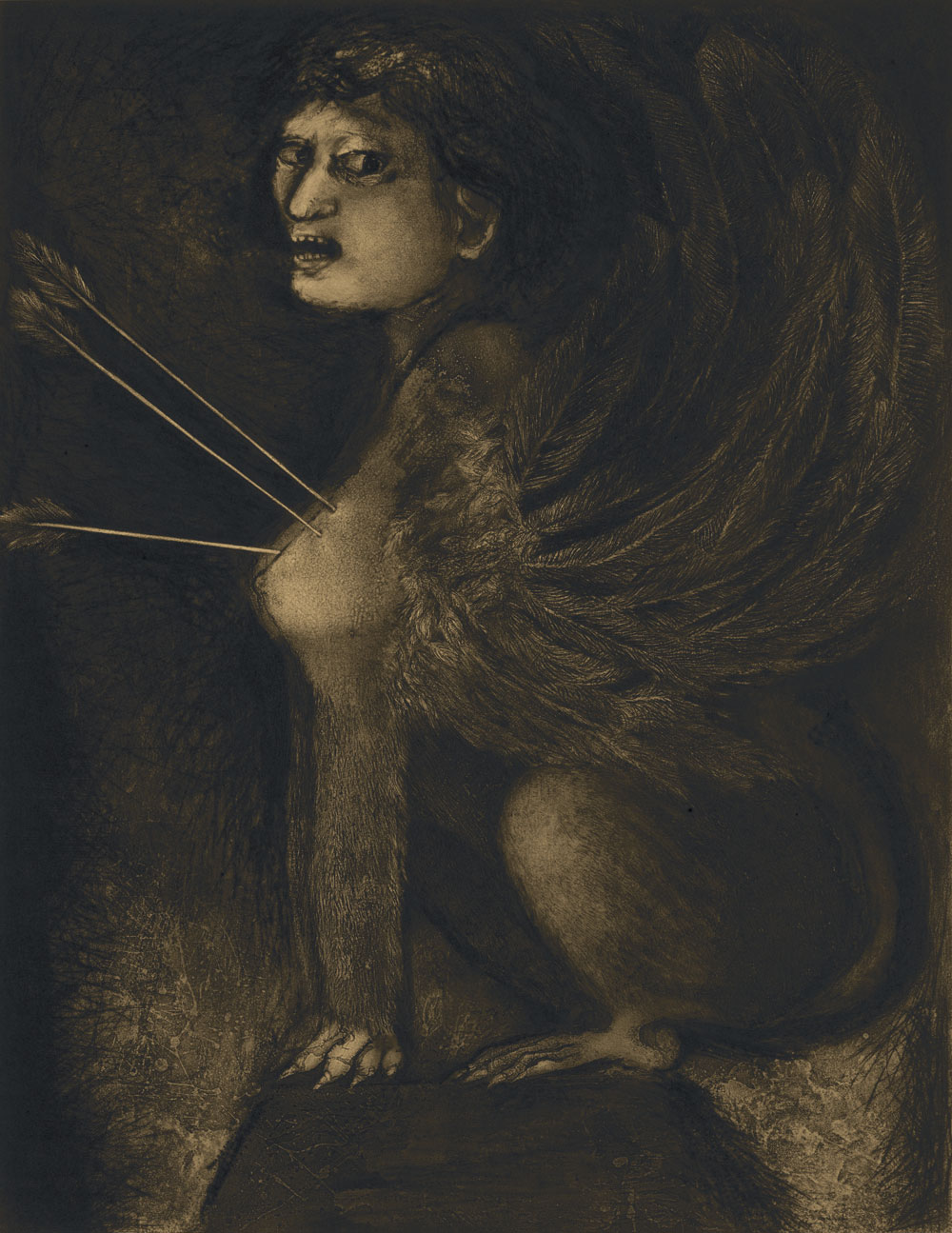