Although the Hungarian poet Miklós Radnóti was an important writer even before his forced march in 1944, it was the nature of his end that adds to the poignancy of his work, writing his last poems even as he was marching, being bullied by his Hungarian guards for his ‘scribbling’, his anticipation of the nature of his own death.
Echo Song, a group of paintings and drawings, is part of an ongoing series that was inspired by the life and work of the poet. Apart from the beauty and emotion of Radnóti’s verse, the elegance and structural formality of which hides a restless disquiet, there was something else that drew Rees Roberts to Radnóti. It was his conviction that the poet, the artist, has a duty to reflect and even confront the problems of the world. For him, it was not enough for his verse to be lyrical and beautiful; the world in the 1930s was darkening and he felt his work must witness the coming night, despite his certainty that he, like Lorca, would not survive it. The nature of Radnóti’s presence in these works is tangential. Rees Roberts is very clear that these are not portraits of Radnóti, in life or death, nor are they illustrations of his verse. The images are not of the poet but simply of a man, a head, a forest. Even the fragments of verse that are scribbled across the images are not exact quotations from Radnóti; they are more like angular transcriptions. It is these phrases, often prescient of Radnóti’s own death, that were the starting point for the images. The dark, heavy, dripping paintings evoke an autumnal wood. The fragility of the drawings on tissue paper evoke the leaves of Radnóti’s notebook, found after his execution in his greatcoat pocket; its discovery was how his wife identified his body when it was exhumed a year and a half later. (See Drawings) 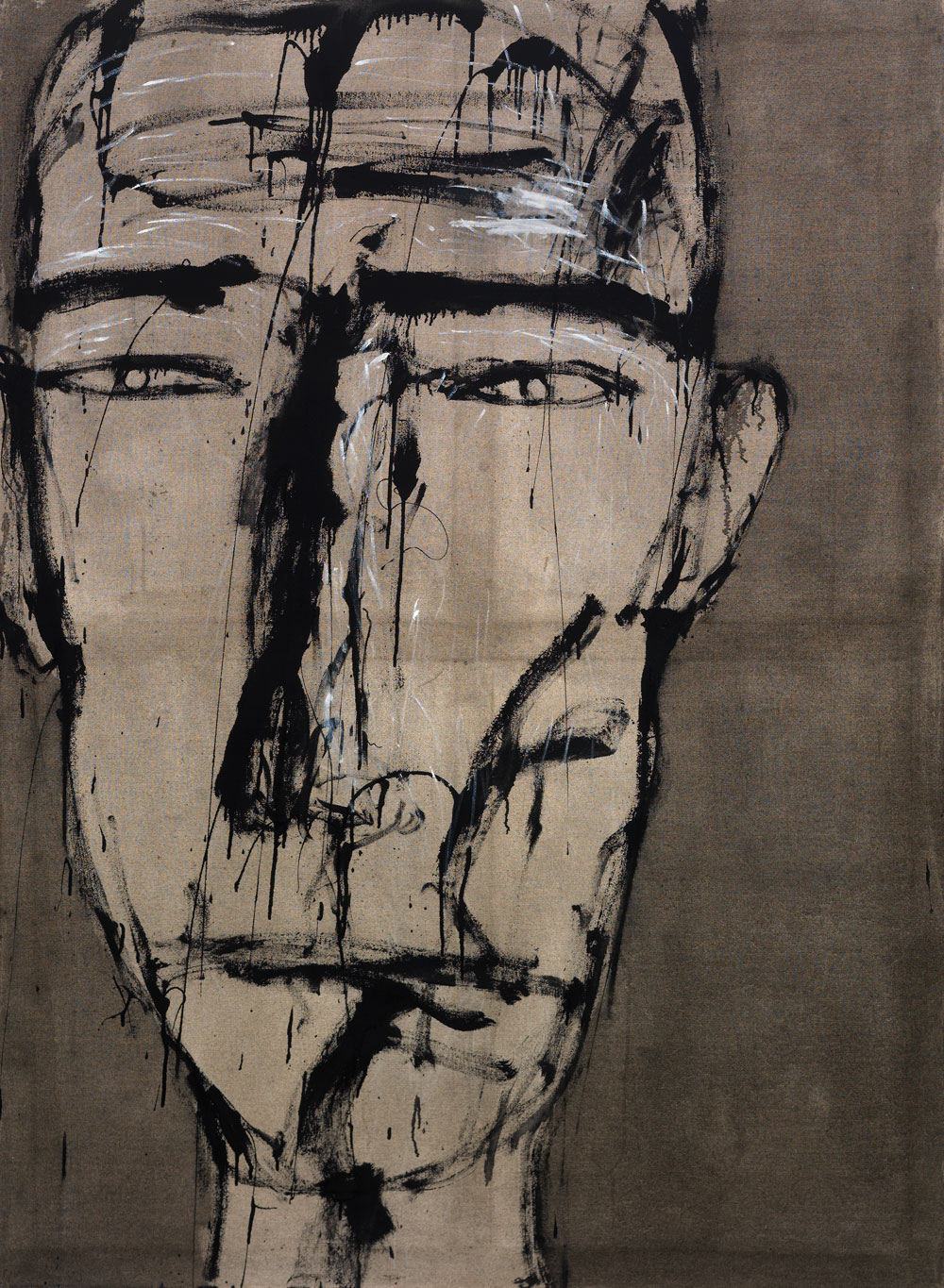 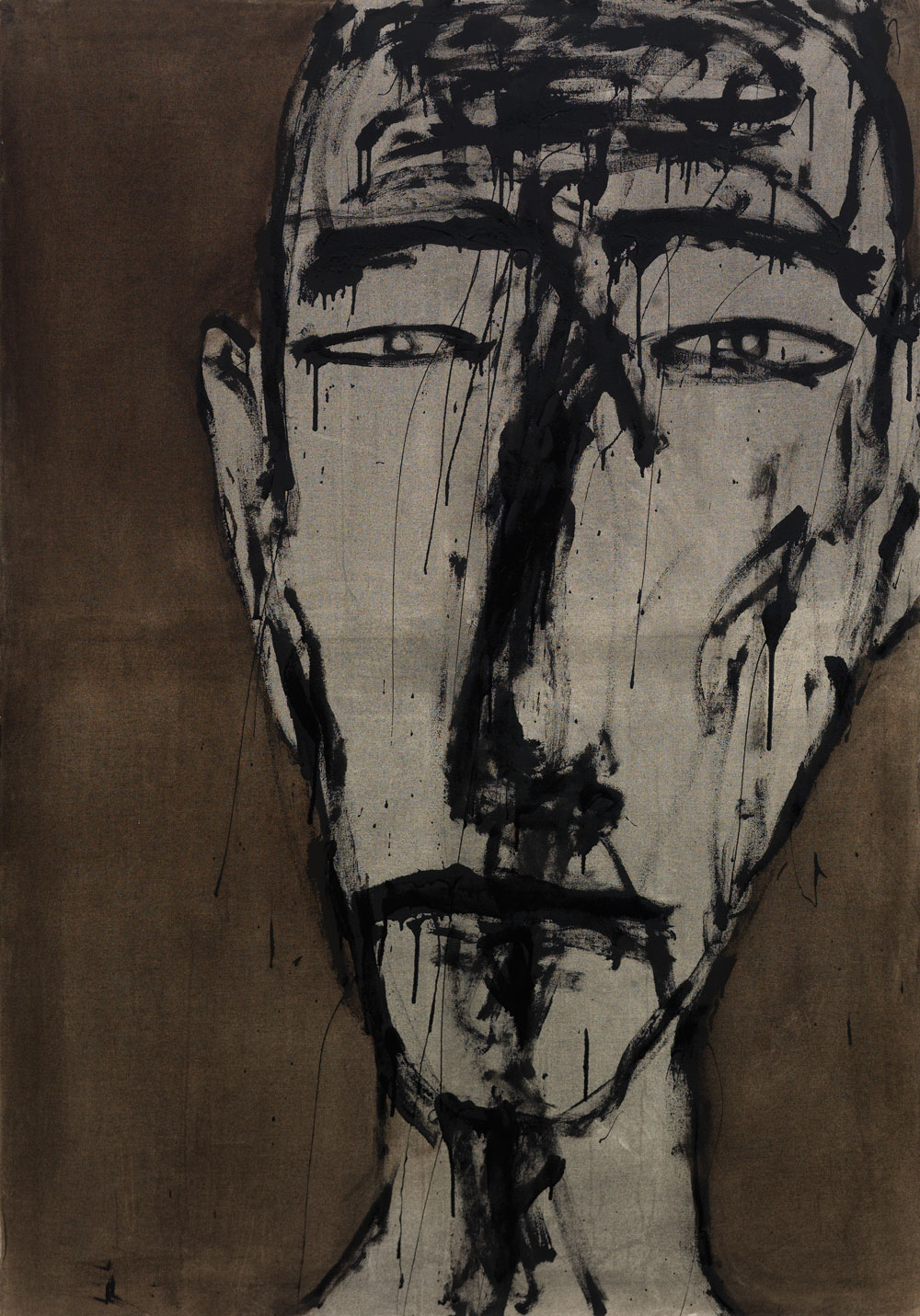 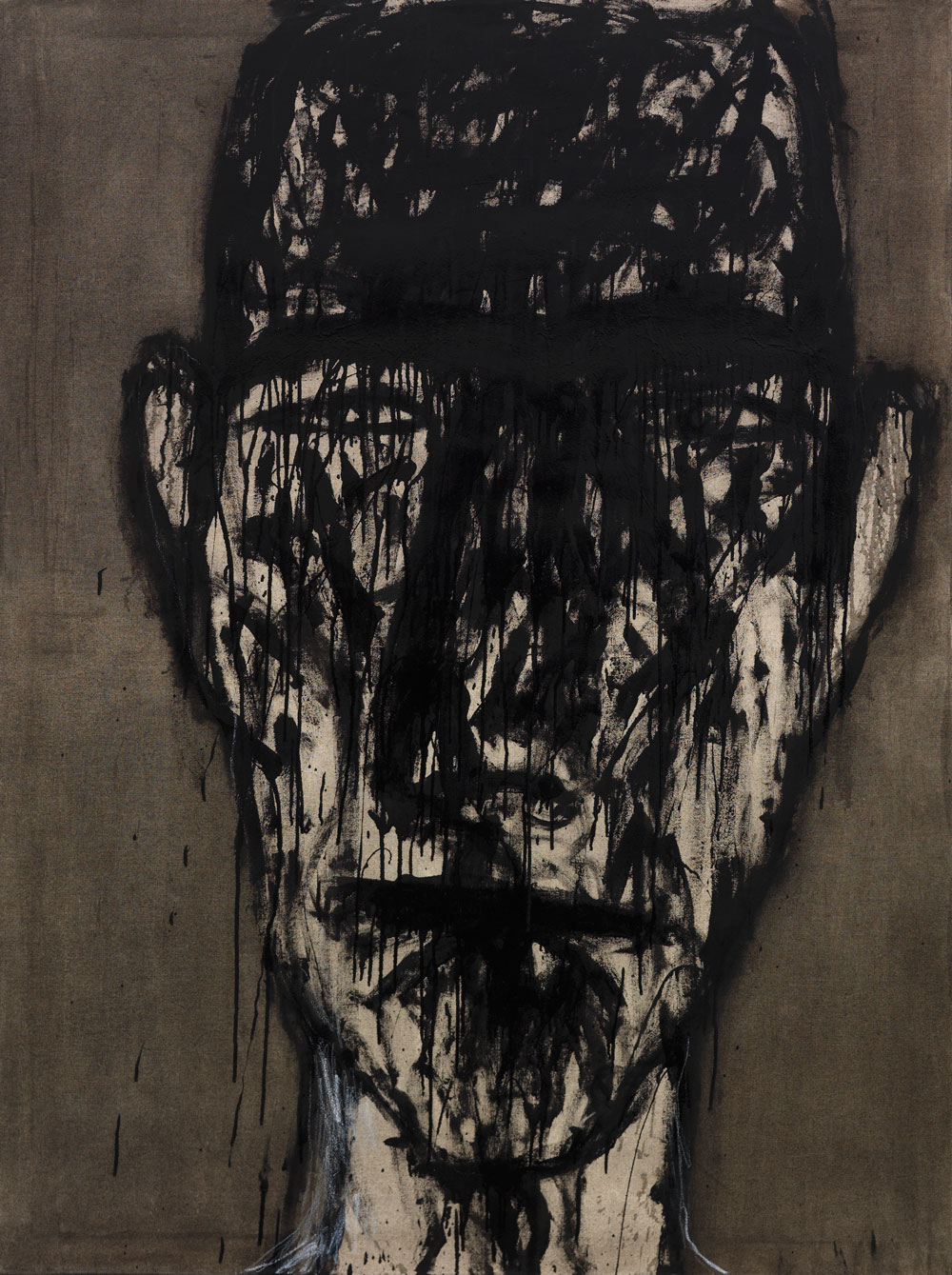 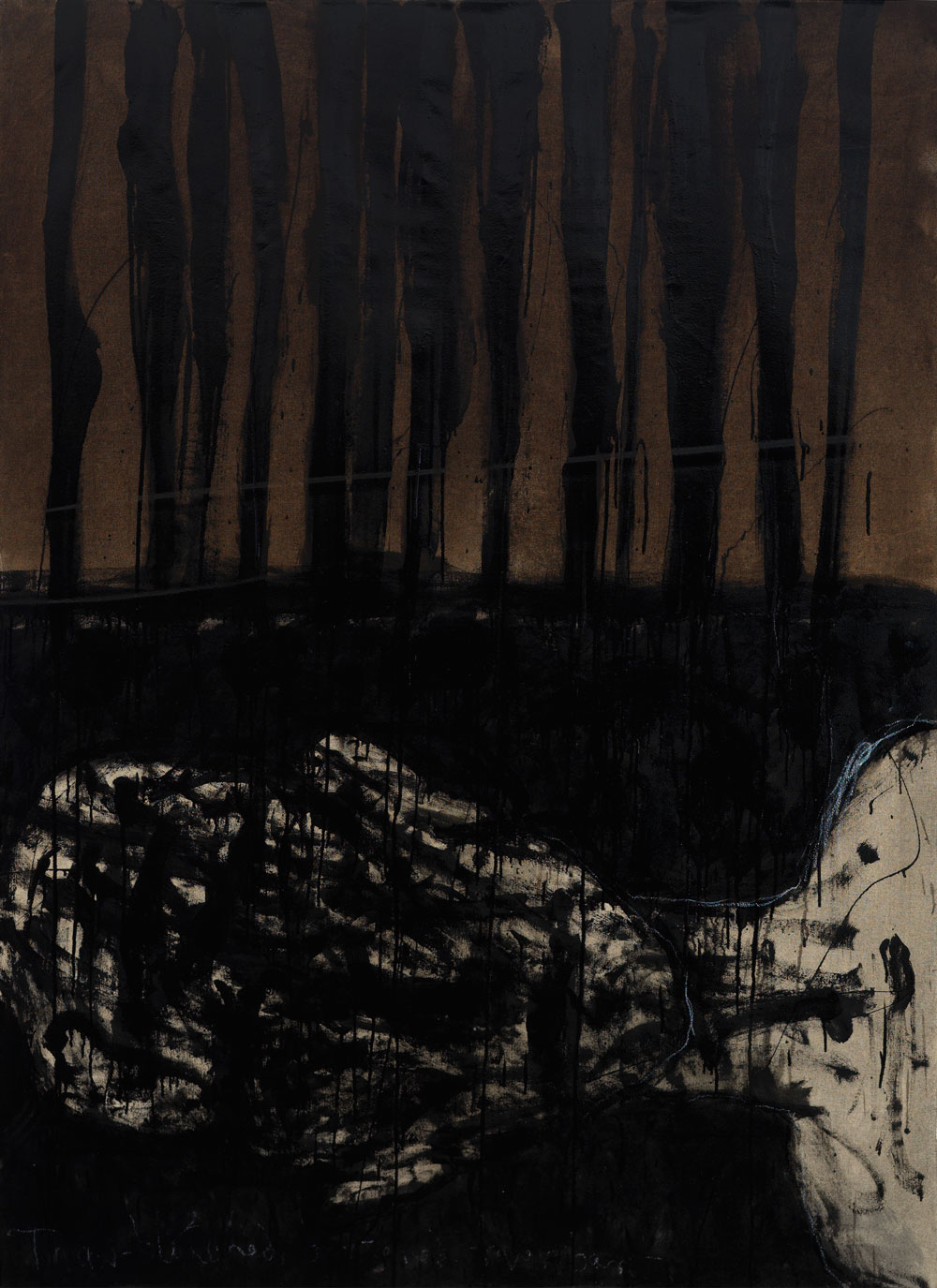 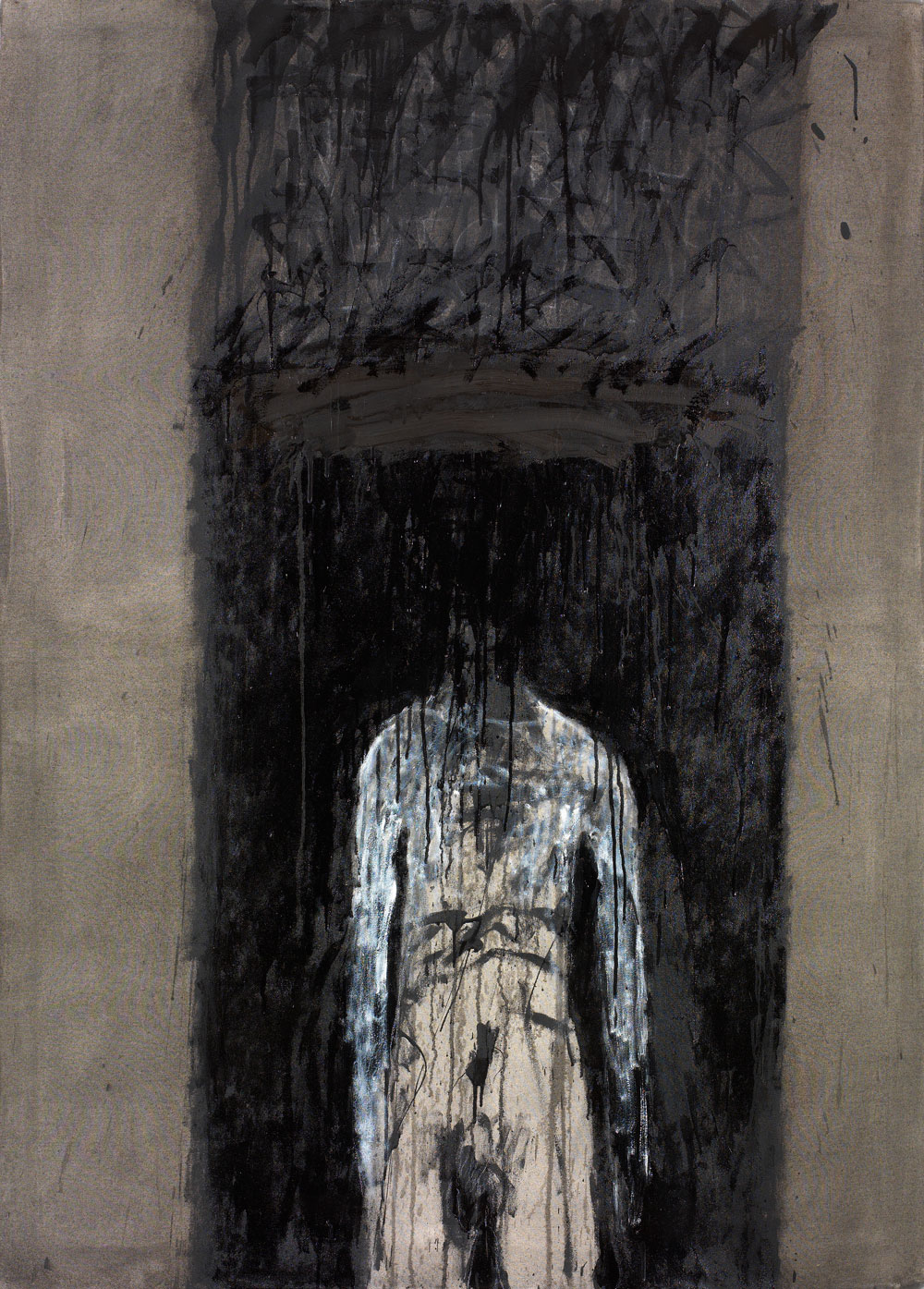 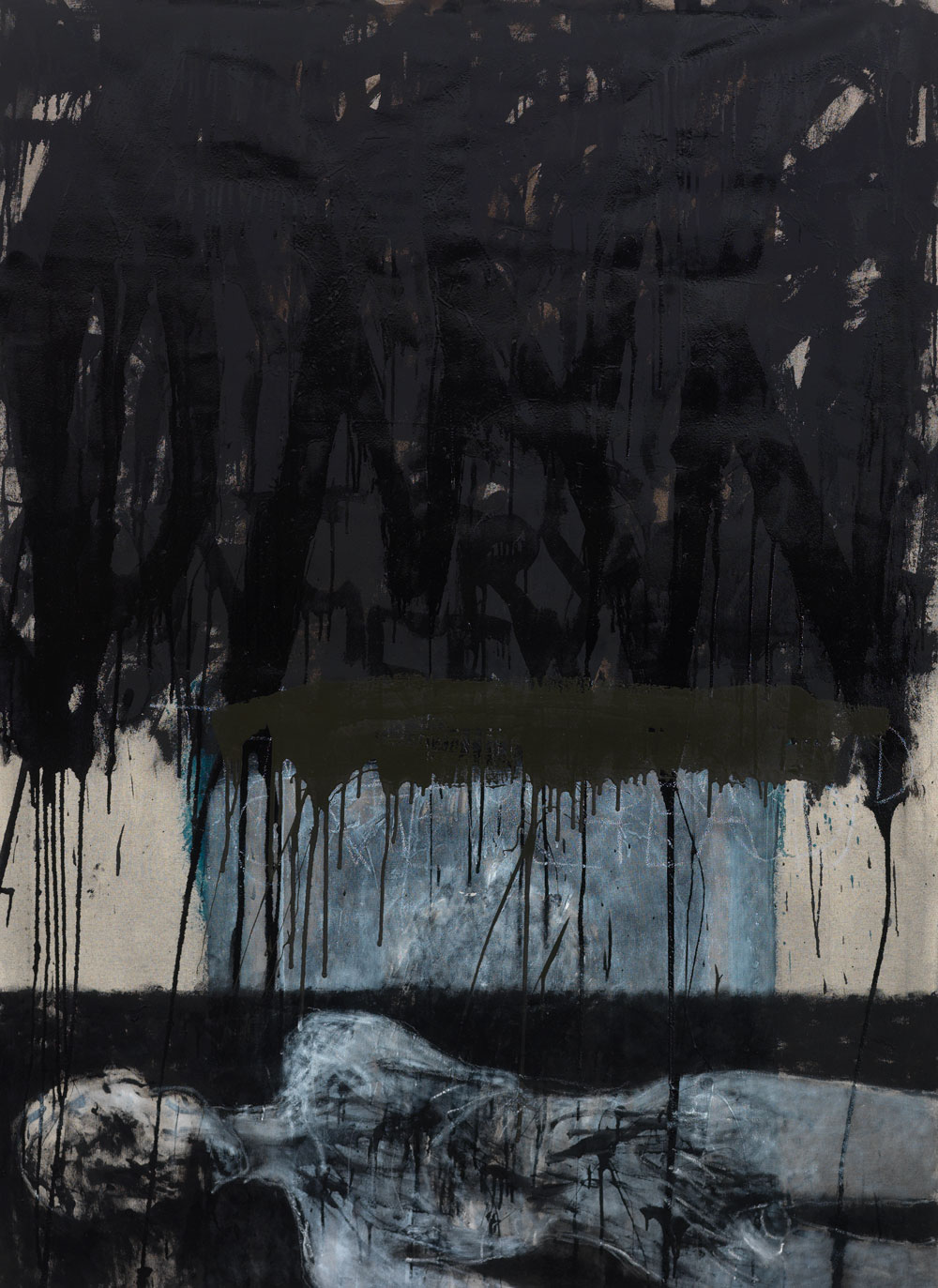 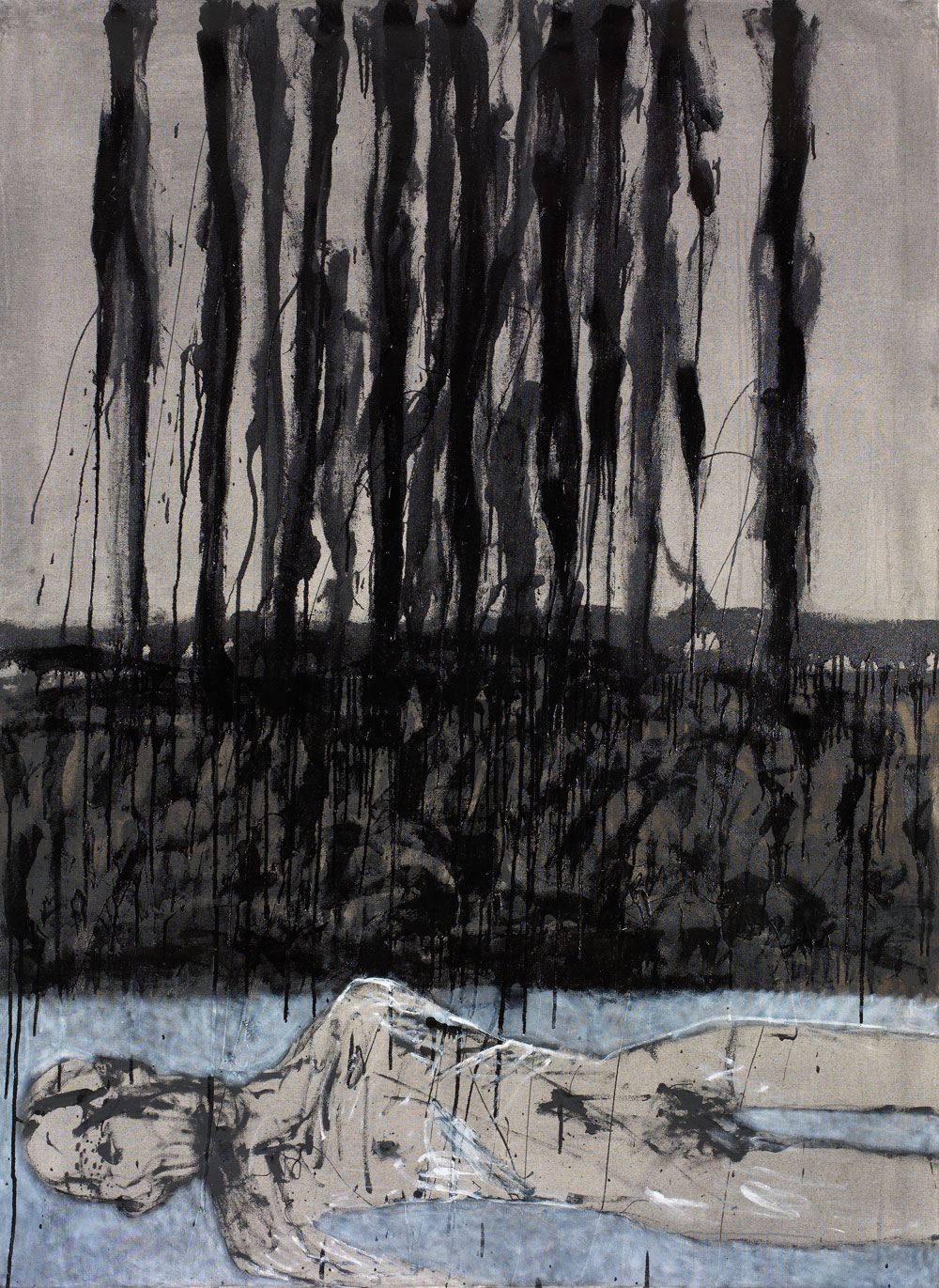 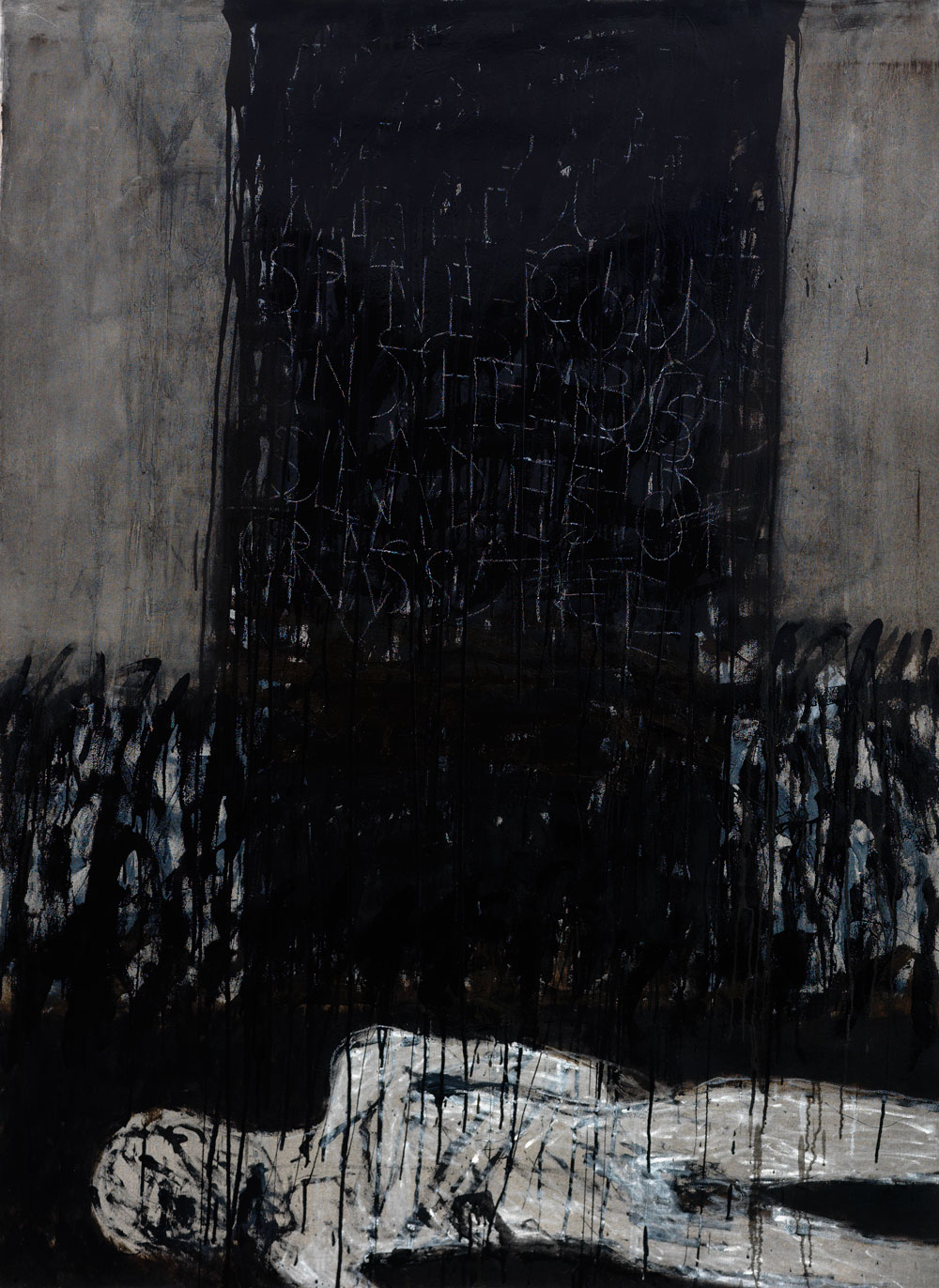 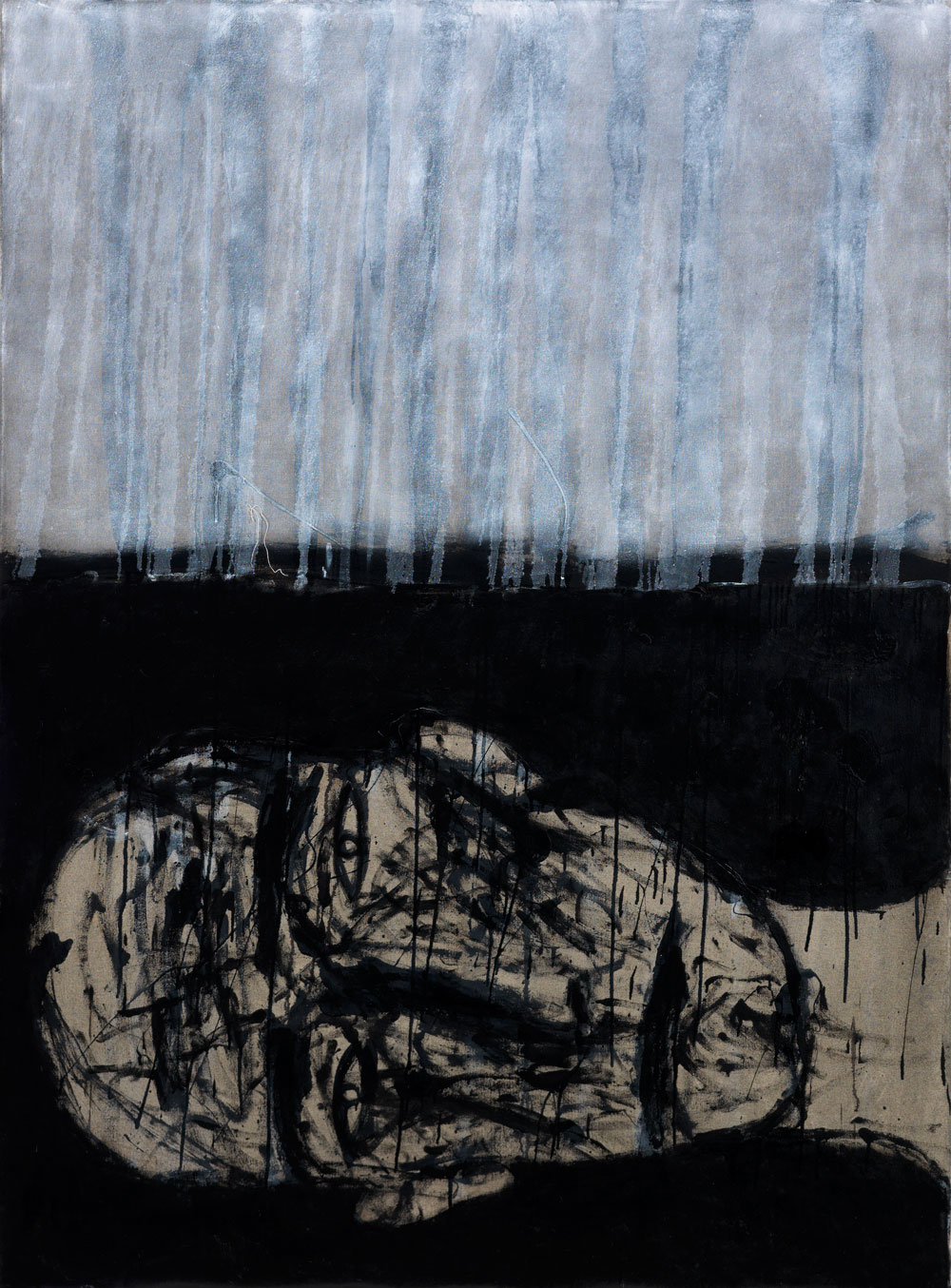 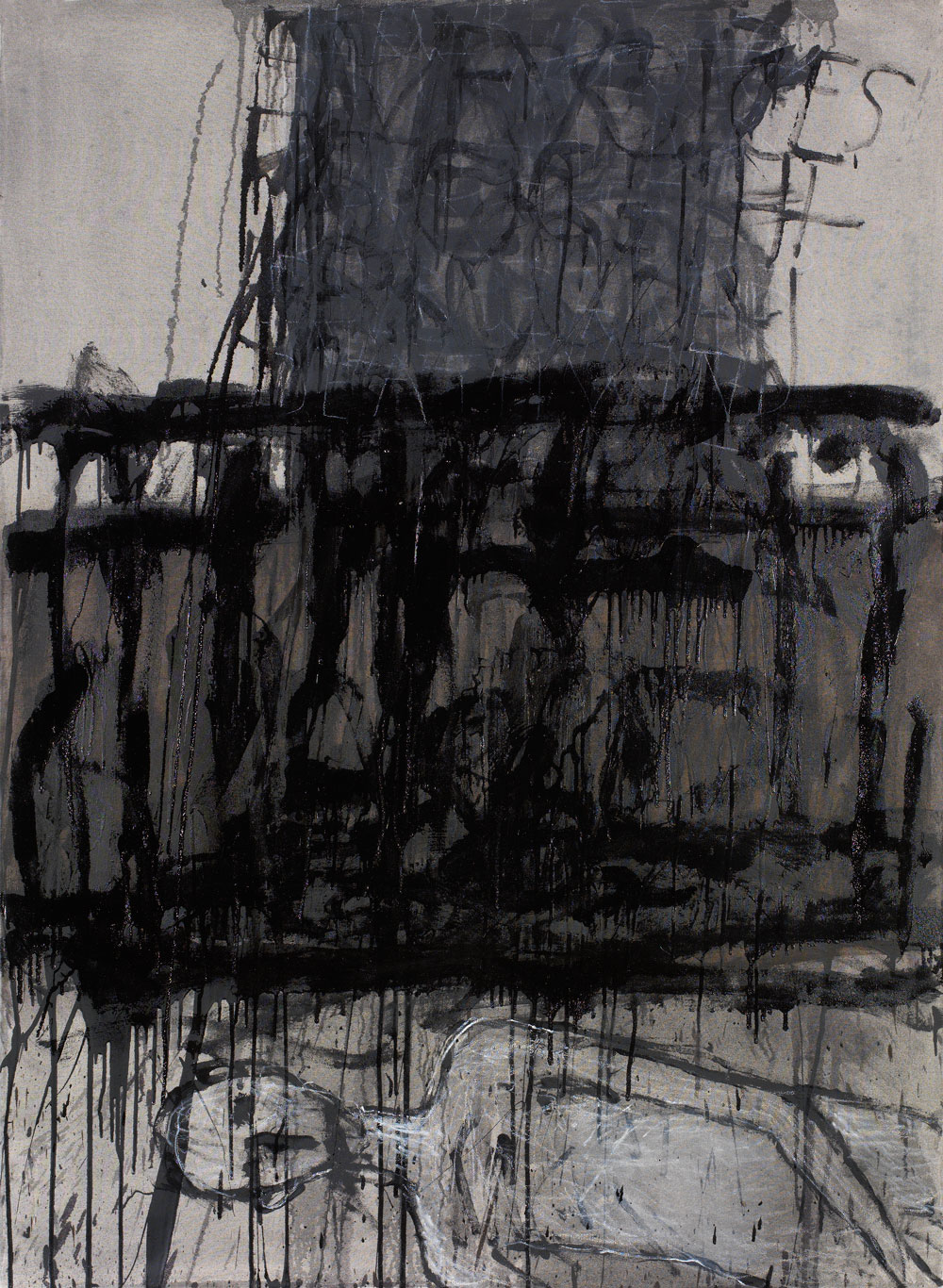 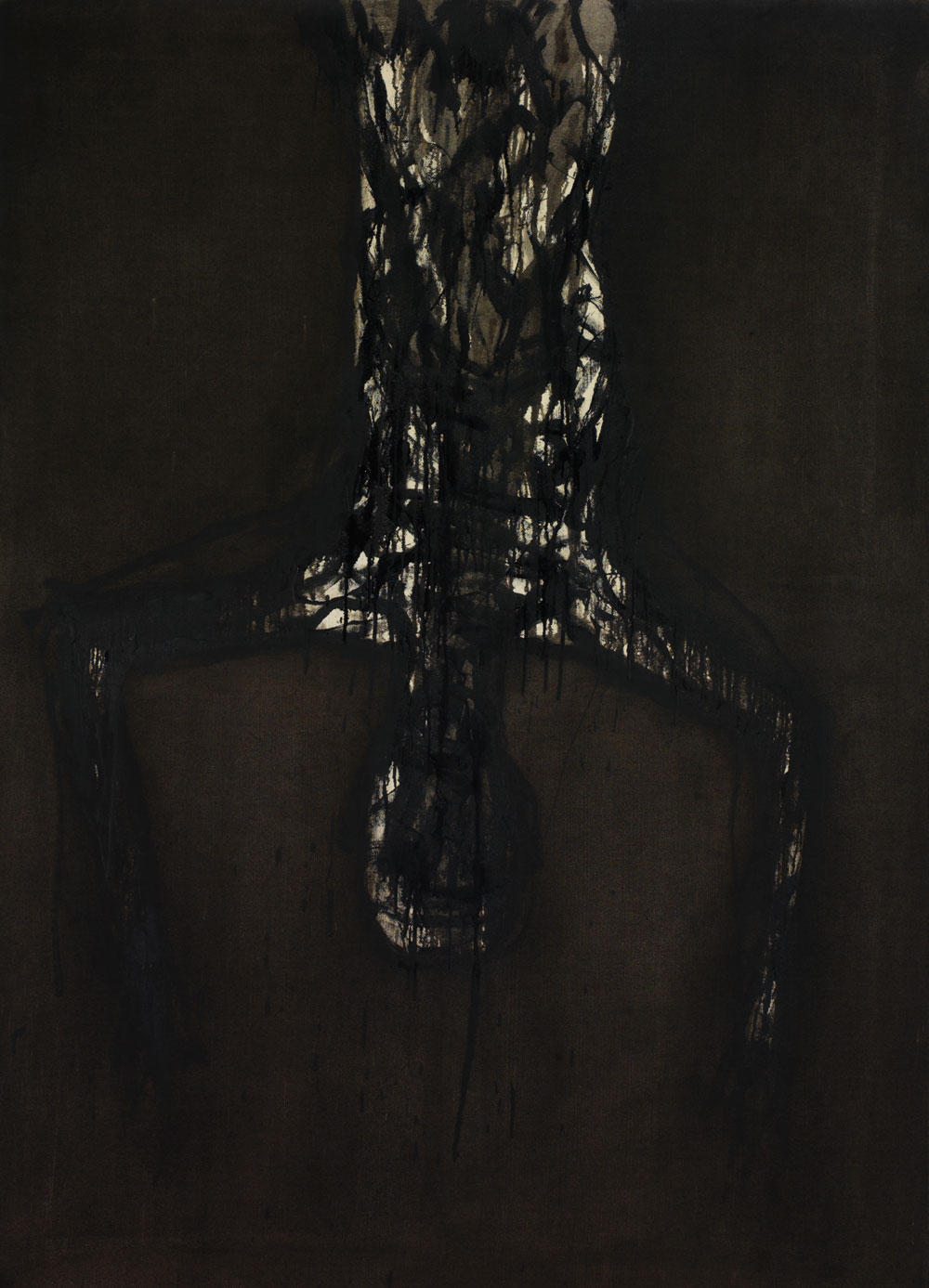 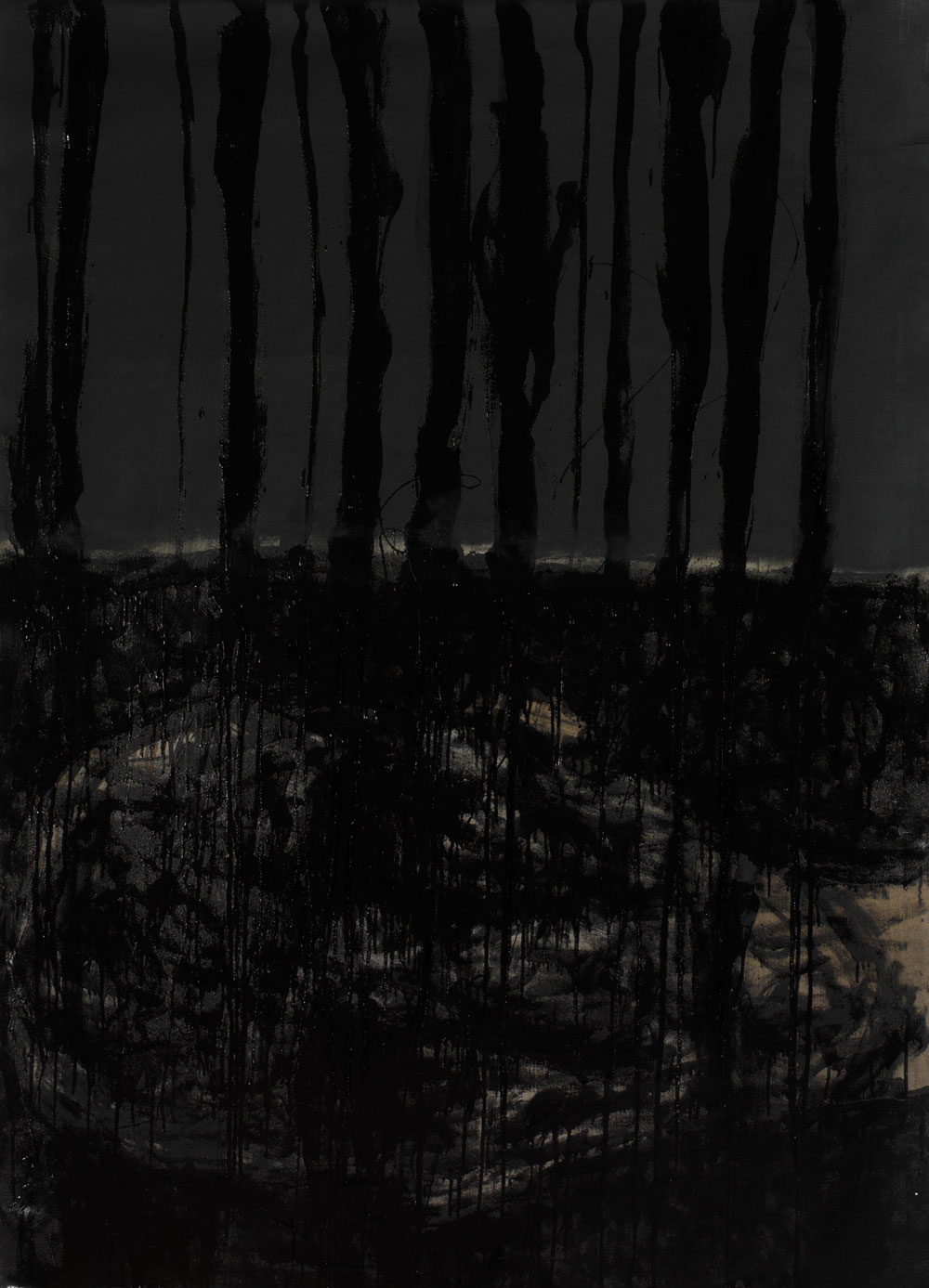 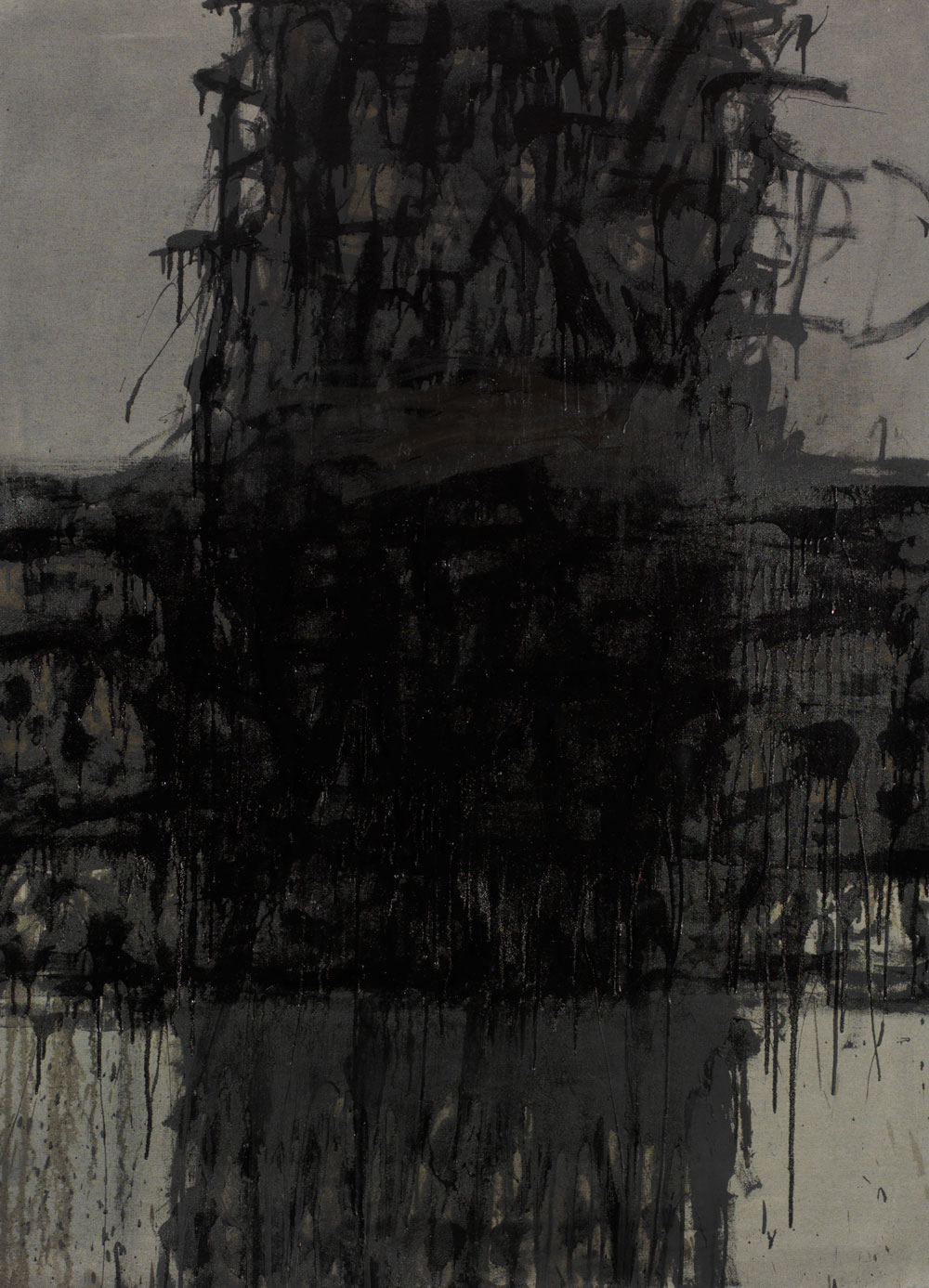